The human body is colonized by thousands of diverse microbes including bacteria, archaea, eukaryotes, and viruses. These microorganisms are spread across multiple body sites, including the gut, mouth, genitalia, and skin. Each body site is characterized by different microbial environments with different functional roles. The gut microbiome is the most studied human ecosystem to date and it is primarily comprised mainly of bacteria and bacteriophages.
Research over the last decade has extensively expanded our understanding and knowledge of its composition and has shed light on its many important functions for human health.

"We used Biomcare to analyze paired human faecal samples from a clinical trial. The communication was swift and the samples rapidly analysed.
… All in all, making the data easily accessible to also less experienced in the field of 16S sequencing."

The composition of the gut microbiome

The human gut microbiome includes more than 1,000 different bacterial species, with a few dominant phyla, namely: Bacteroidetes, Firmicutes, Actinobacteria, and Proteobacteria. Of these, Bacteroidetes and Firmicutes are the most abundant in a normal healthy gut. A handful of taxa are generally dominant at the lower taxonomic levels, however, the composition of these microbes varies considerably, leading to strong inter-individual variation. In addition to the few dominant genera, many less abundant taxa are common, including Akkermansia, Bifidobacterium, and Escherichia. Research has shown that the abundance of bacteria does not necessarily reflect its functional importance as variations in both common and rare taxa increasingly are found to associate with host health and function.

Labeling specific bacteria as good or bad for the host is difficult and perhaps not achievable above strain-level because of the high intra-species functional variation. Variation at the strain level can determine if a taxon is detrimental or harmless, as is seen for Escherichia, which is commonly found in the gut of humans with good health where it aids in metabolism. But based on gene-based variation, by encoding toxins, strains can be pathogenic. The ability of bacteria to perform horizontal gene transfer – the transfer of a gene between living bacterial cells – introduces intra-strain variation that is not captured by marker-gene-based taxonomical analysis. However, it is an important source of functional variation as seen with the ability of bacteria to transfer antibiotic resistance genes. 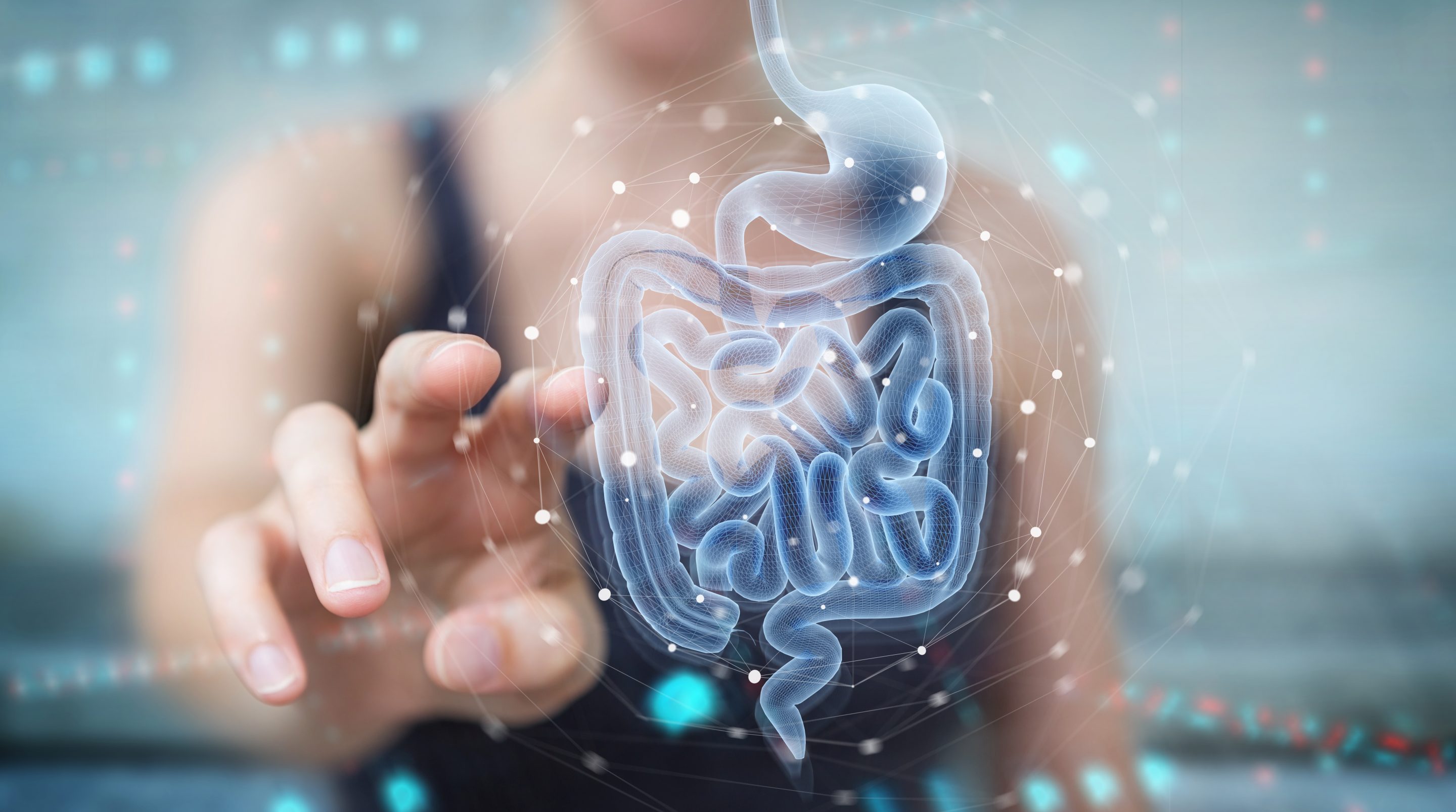 The production of acetate and lactate during carbohydrate fermentation is among the many important functions belonging to the gut microbiome, including strains of the Bifidobacterium clade. The role of the gut microbiome in fermenting carbohydrates and turn production of short-chain fatty acids is a key function for maintaining gut health. As a consequence, lactic acid bacteria including Bifidobacteria, are considered probiotics – beneficial bacteria.

There are a large number of pre- and probiotic products on the market, usually as additives to yogurts or taken as food supplements. Products containing living microorganisms, for example, Lactobacillus acidophilus and Saccharomyces boulardii, must have a beneficial effect on human health to be named a probiotic. While probiotics hold great potential for positively modifying the human microbiome, much work remains before we can fully harvest the benefits of probiotics. Numerous placebo-controlled studies have been performed for various indications, and while some show indications for a positive effect, others have not shown convincing results, such as a preventive measure for travel diarrhea. Prebiotics are not live microbes, but a substrate that is used by host microbes to bestow a health benefit. Although all compounds considered prebiotics is microbiota-accessible carbohydrates or fermentable dietary fiber, the reverse is not true. The prebiotic concept is an area of current debate.

The gut microbiome is shaped by multiple factors including a complex interaction between its microbial members, the host immune system, and nutritional habits. Shaping factors include both those endogenous (immune system, bile acids, hormones) and exogenous (diet, physical activity, medication) to the host. Together these constitute the environment in which the gut microbiome exists and must navigate. Active research is ongoing to elucidate the exact factors shaping the microbiome, including an interesting evaluation of the role of competition versus cooperation in shaping the microbiome, a field led by professor Kevin Foster.

The role of the gut microbiome

The gut microbiome plays an essential role in the health of its host, humans as well as animals. Its key functions are related to metabolism, immune system education and regulation, and protection against pathogen invasion. If not for the gut microbiome the human body would lack several nutrients, including vitamins and amino acids. Among the essential roles of the gut microbiome is the capacity for fermentation of non-digestible fibers. These fibers are nutrients for a group that produces short chain fatty acids (SCFAs). The most important SCFAs produced are acetate, propionate, and butyrate, of which acetate is the most abundant. Butyrate is an important energy source for the cells that make up the inner lining of the human colon (colonocytes), and lack of SCFA is believed to play a key role in many microbiome-related issues such as leaky gut and local inflammation. Butyrate has been linked to several important functions such as the ability to induce apoptosis of colon cancer cells and activation of intestinal gluconeogenesis which is relevant for energy balance and diabetes. Also, propionate is important for glucose homeostasis as it regulates gluconeogenesis in the liver and is involved in satiety signaling. Finally, acetate plays an important role in the regulation of metabolism in extra-intestinal tissues including cholesterol metabolism and lipogenesis.

The microbiota in the human gut colonizes all available niches and thereby protects the host by competing for the space with potentially pathogenic microorganisms. A balanced community is important for keeping pathogens at bay, which is a key hypothesis as to why fecal transplantations are so effective at treating infections with Clostridium difficile. Beyond the space-occupying defense mechanism, the microbiome helps to defend the host by contributing to the education of the immune system. The intestine is rich in immune cells and these cells actively interact with the microorganisms to promote immune tolerance. A lack of beneficial bacteria or dysbiosis is thought to promote inflammation by imposing changes to the composition of microbial components that enter the body, by damaging the intestinal epithelial causing a leaky gut.  Bacterial components such as lipopolysaccharide (LPS) can leave the intestine and increased levels or changes to the types of LPS that the immune system encounters can cause local and systemic inflammation.

In addition to the microbiome’s many roles for normal human function, it has also been extensively related to the development and progression of many diseases. Over the last years, there has been found a direct link between the gut microbiome and mental health. Research shows that the intestinal microbiota can affect the brain’s normal function and development. A comparison of children with and without ADHD or autism has found that patients with these conditions have a gut bacterial composition that is different from patients without. But also, cancers, inflammatory and autoimmune conditions, and metabolic diseases such as diabetes have been linked to the gut microbiome. And we have seen an increasing interest in the ability of the gut microbiome to affect drug metabolism thereby affecting the number of active drugs made available to the host.